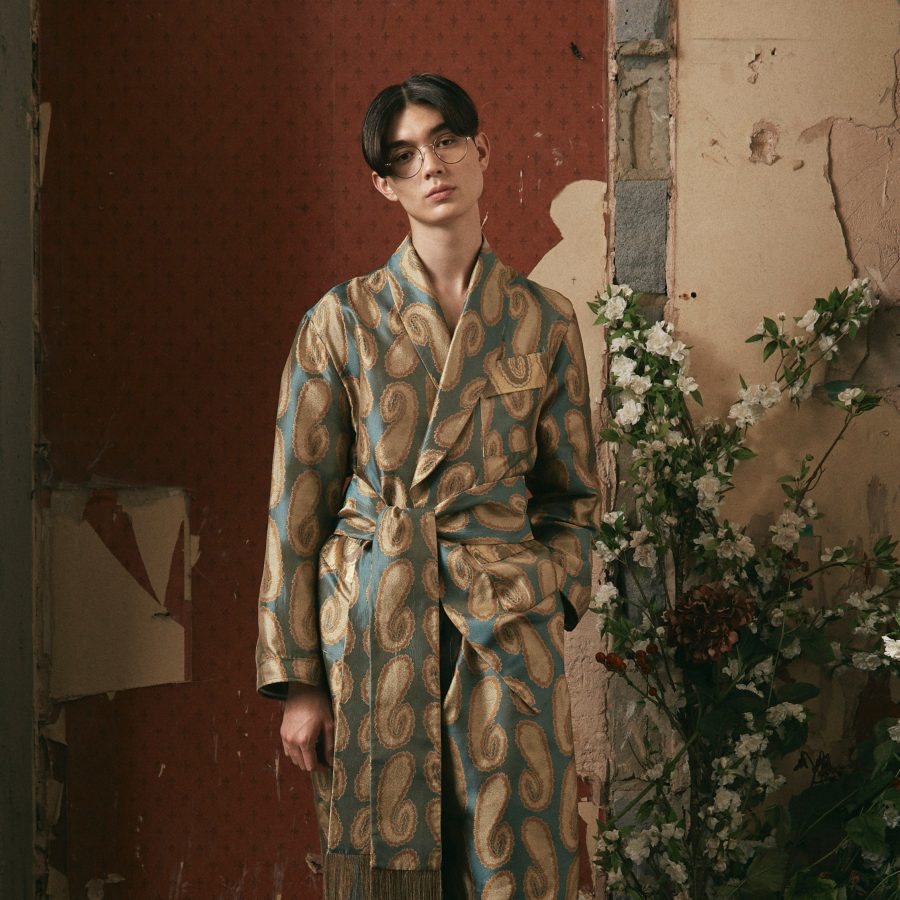 Keep scrolling, the standout looks below are surely what everyone will be talking about for months!

As an emerging designer, Steven Stockey Daley seems to want to pull off an unforgettable debut. For his first presentation at London Fashion Week, he has worked with National Youth Theater to deliver something far more than a fashion show – an emotive mini-play with heart touching spoken word acts and sad music. By telling moments that many of us have experienced: falling in unrequited love, trying to become the “Headboy” or just the intimacy of friendships, the play surely evokes memories from teenage years of anyone.

Helmed by Canadian-born British designer, Erdem Moralioglu, his namesake brand celebrated its 15th anniversary show at The British Museum in Bloomsbury. The collection was inspired by two Bloomsbury women: poet Edith Sitwell and aristocrat Ottoline Morrell, whom Erdem described as, “enigmatic characters who lived on the peripheries between myth and reality”. Bringing their influence to the roaring 2020s, the show embodied a homage for the heritage of Britain’s cultural history, a blend of Edwardian tropes with the 21st century modern tailoring. The looks were dignified and glamorous, of glittering accessories, romantic ribbon tied up dresses, and pleated skirts, worn with wide-brim hats, leather opera gloves and buckled loafers.

Margaret Howell is one of the undisputed doyennes of British design. Her namesake brand is all about purity, simplicity and democracy. Its Spring/Summer 2022 collection continues to explore themes of materiality, tailoring and athletic references. The looks, from light jackets, drawstring trousers to knitwear pieces, are elegant in a palette of earth tones such as “Rust,” “Bay” and “Clay”. “I always take the same attitude to designing. The collections are casual, good quality and made for the lives we live today. When I was a teenager in the ’60s, there was this feeling of equality” – Margaret Howell wrote in the show note.

Nicholas Daley SS22 collection – “Blue Quilt” – is a homage to musical greats, as it looks towards Black Folk and Blues as inspiration. As the title of the collection would suggest, quilting plays a major role in Nicholas Daley’s SS22. Based on the work of NY-based contemporary artist Michael Thorpe, the label has combined quilting in the most unlikely ways. Remarkably, Daley recreated new collection pieces with old collection pieces to make his collection more sustainable.

Starting as a womenswear designer, however, in recent seasons, Molly Goddard has begun turning her attention towards menswear. Presenting her SS22 collection, which was inspired by “baby clothes,” in London Fashion Week, Molly impressed with her menswear line including elongated, signature babydoll-shaped smocks, worn with jeans and ballet flats.

It seems that masculinity and schooldays have become an abundant inspiration for menswear designers. “I suppose we were looking back at our teenage years,” began Stefan Cooke’s partner Jake Burt. Seeing the reactions of the industry to the Stefan Cooke show, we can be sure that he made a good point. Models walked down the runway in flaming, jingle metal button-down vests, Union Jack sweaters, satin sleeveless bombers and, of course, the brand’s signature cleavage sweater.

One more time, nostalgia became the theme for a show at London Fashion Week SS22. For the SS22 collection of their brand KNWLS, Charlotte Knowles and Alexandre Aresnault looked to ’90s nostalgia. The show was held in an industrial parking garage on Oxford Street which perfectly brought London grit and edginess centerstage. To mark their return to the catwalk, the duo expanded their signature bras, incorporating the design into a range of earth-tone dresses, tops and jumpsuits. For an added touch of nostalgia, the outfit comes complete with skid-scarred leathers, shredded, tendrilous drapes and brazen displays of flesh.

Victoria Beckham SS2022 “Movements” Collection explores a holiday state of mind, and a sense of detachment. The collection that was inspired by an idea of being somewhere else and being someone else, brings playful and uncomplicated looks. “When thinking about this season I was drawn to the elegance of a European summer; linen suits, slip dresses and sunsets. The way a trip like that can make you feel almost detached from reality, like it’s another era. It’s quite romantic” – Victoria talked about her collection.