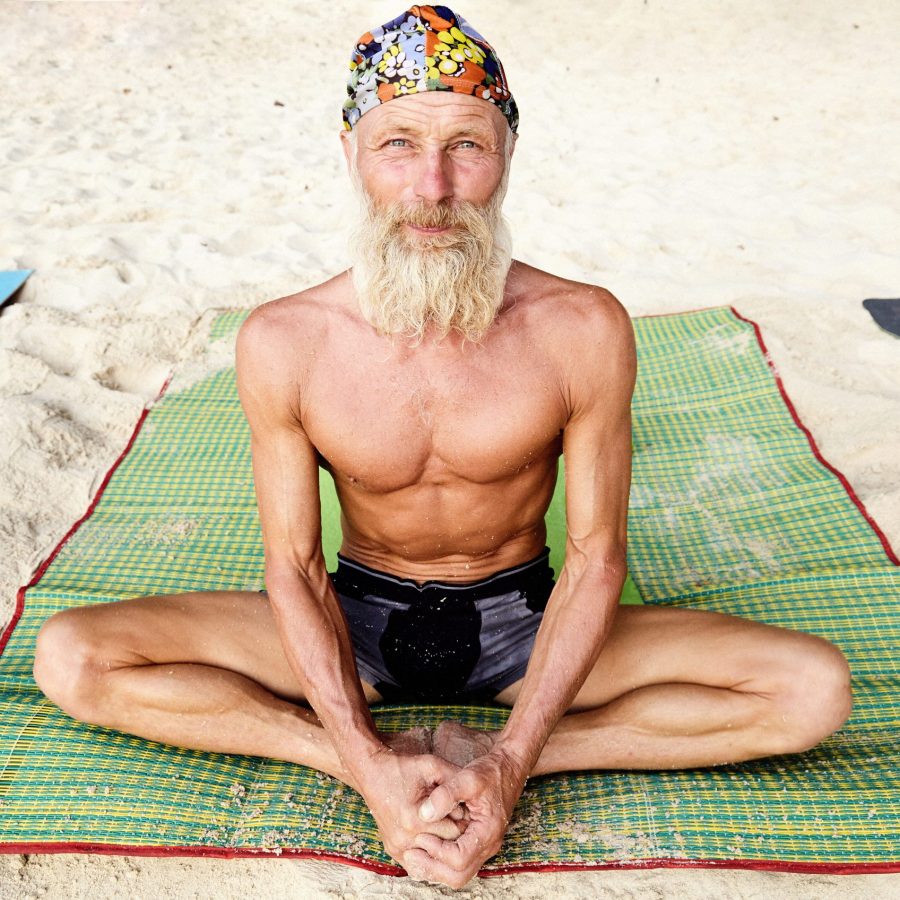 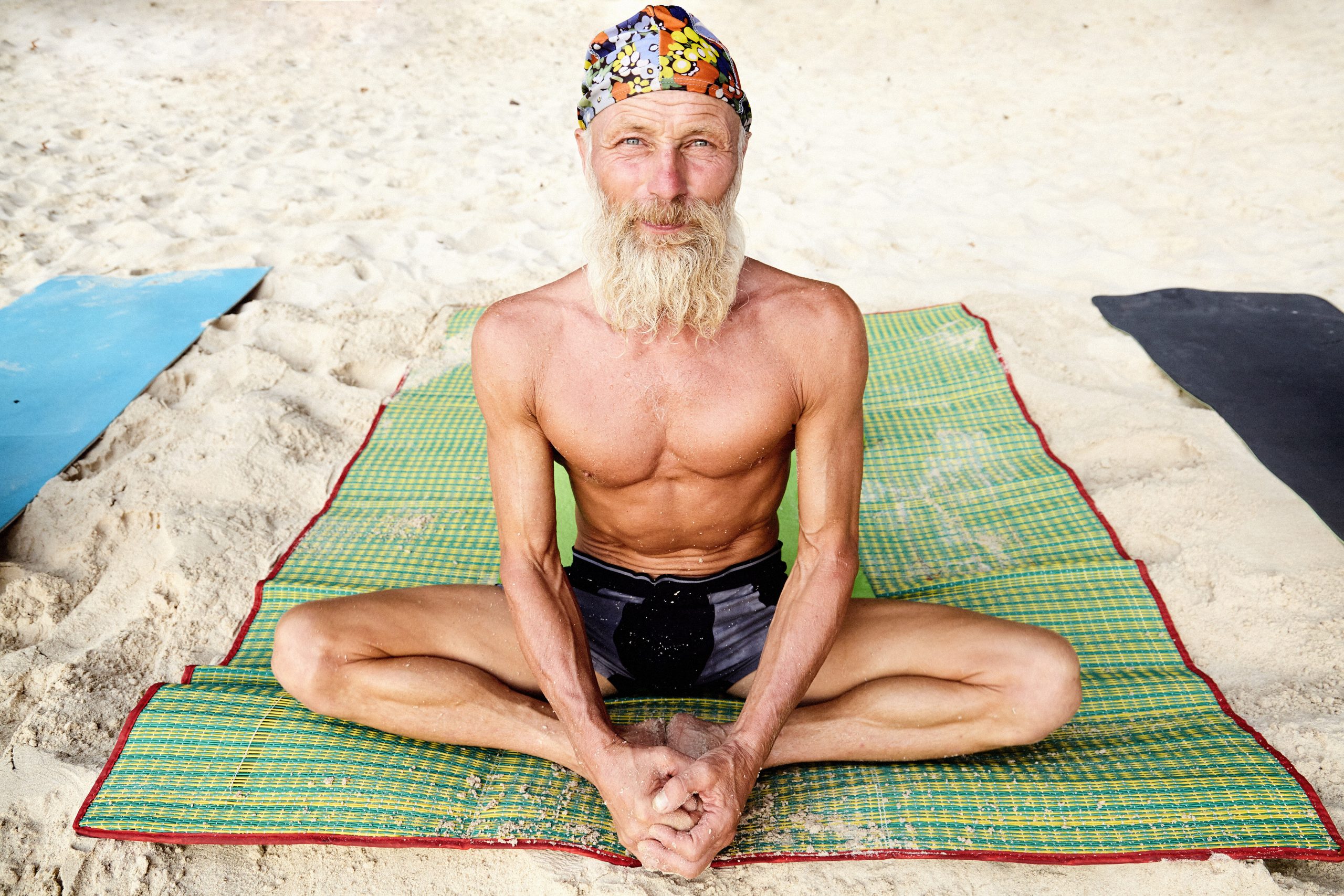 Exploring southern Thailand in 2019 can easily give you the impression that traditional backpacking is no longer a possibility in this part of the world. Swathes of Western holidaymakers and backpackers come here every summer now, making that path-less-trodden a forgotten luxury which even the well off can’t afford. And if that’s what you are really hoping for then you’re best off looking for it in Laos, Cambodia or Myanmar. r 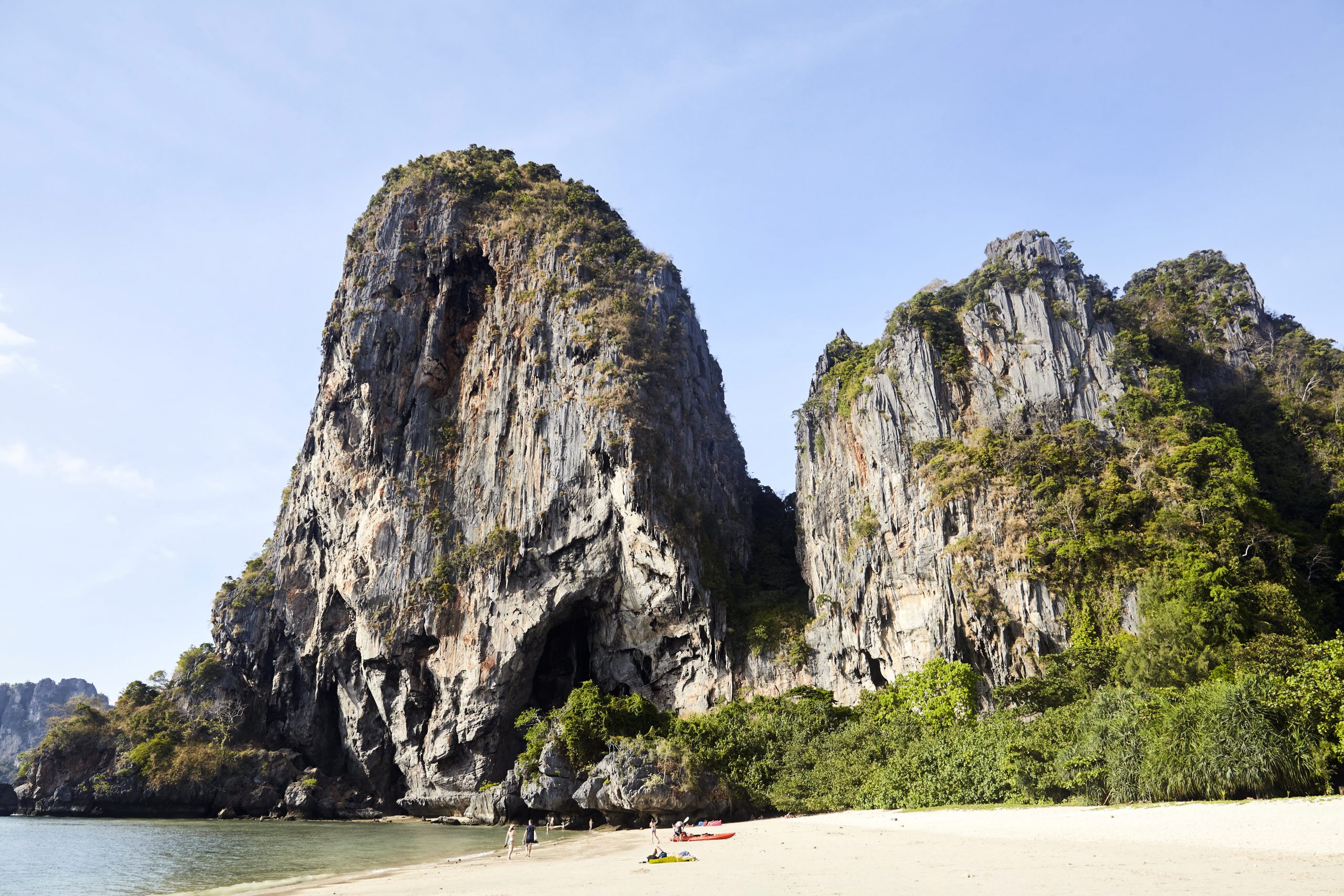 But it’s still possible to move away from the crowds; a small number of quiet hideaways do exist. The Railay peninsula is one of them. While it’s getting busier every year, one feels the isolation of a small island here without ever leaving the mainland. The headland is cut off from civilisation by a steep array of jagged, melting limestone. e 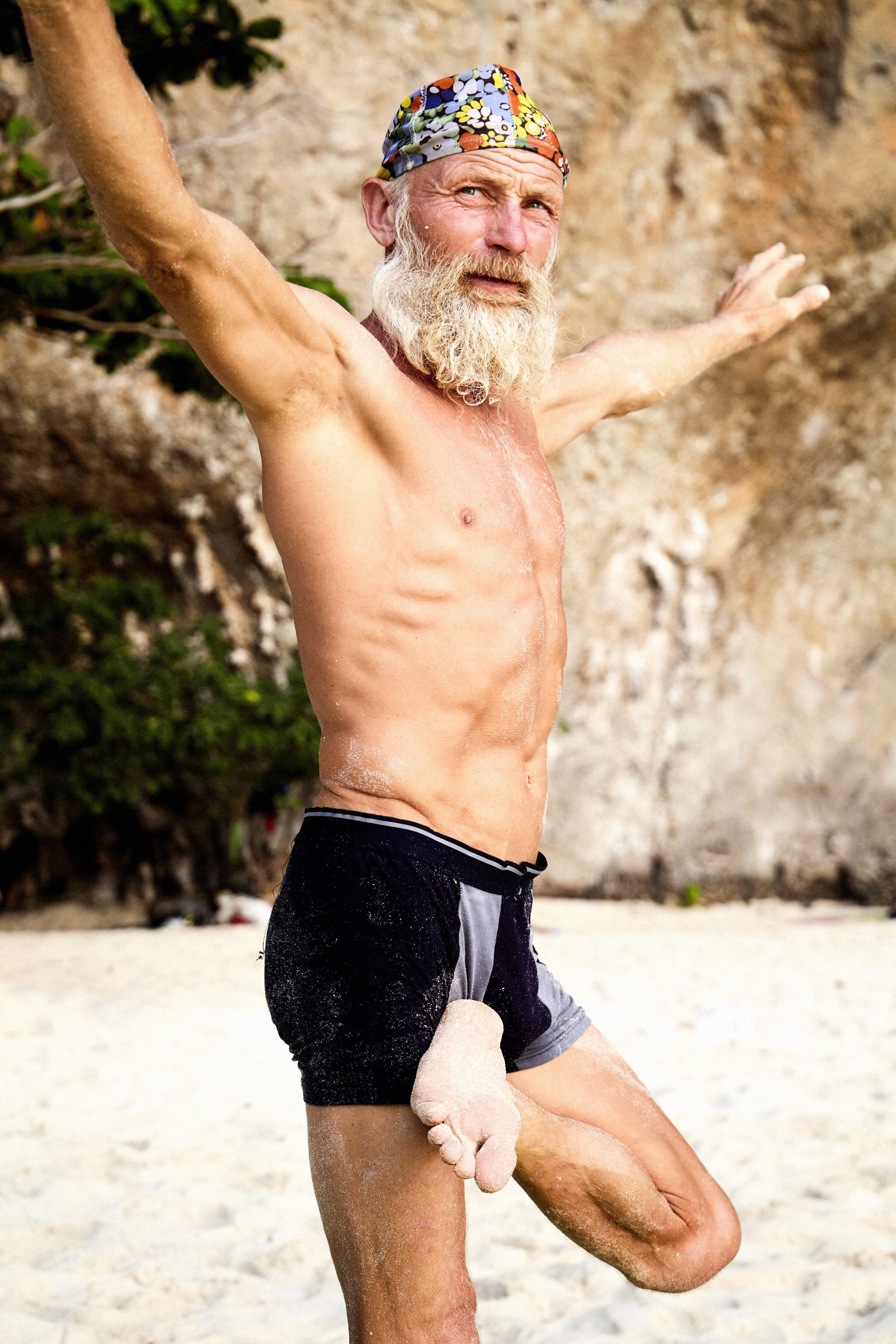 It was on one such early morning that I first met Phra Nang’s only permanent resident. Sat cross-legged upon a thin pile of yoga mats, a pair of diamond sharp cyan eyes peek out from behind a silken silver-blonde beard and a flowery swimming cap which covers his now bald, sun-blessed head. Vitality emanates from his skin and his demeanour is boyish, charming and totally at ease. e

His name is Andreyka. He’s a man of few words, perhaps because his English is somewhat broken and covered with a soft slavic accent. Or perhaps he simply has a diminishing need for conversation. Instead he leads his life by example, expressing a desire to share his happy secrets through action alone. Even from a distance his impressive, minimalist stature and childlike contentment strike you with the feeling that this man has all the answers. s 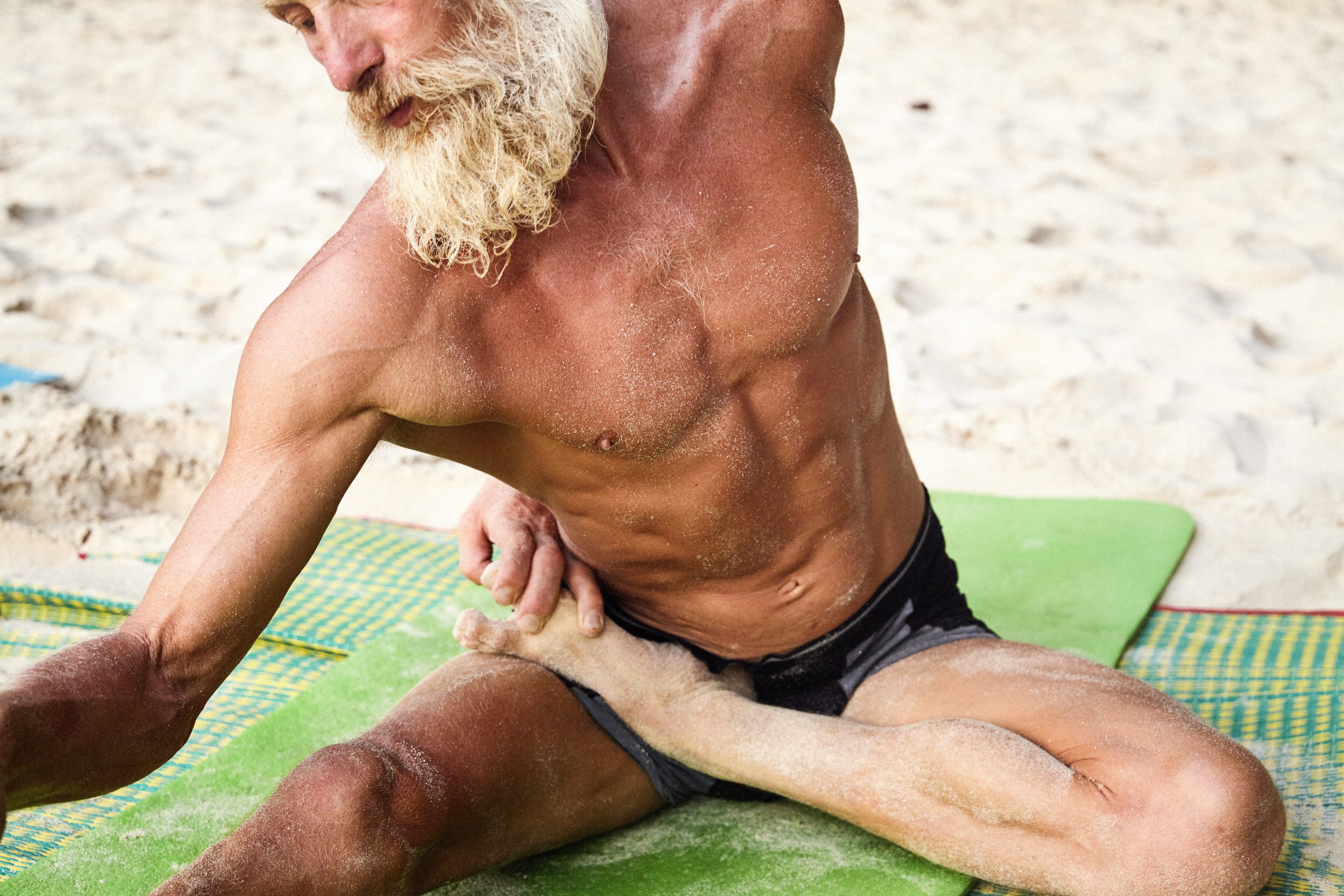 Having left his home in Russia many years ago, Andreyka now lives (mostly) right here on Phra Nang, sleeping beneath an overhang in the rock-face, with a small tree for shade. He spends his waking hours swimming, eating fish, rice and fresh fruit, working out among a makeshift outdoor gym that he has apparently fashioned himself and, most significantly, performing a demanding series of brutal quick-fire yoga routines. s

He swings from a hand-made pull up bar fastened to the rock with a rope. His physique is slight and wiry – not a drop of fat in sight – yet extremely strong. The gymnast’s body and abs of steel bring to mind something between Popeye and a Greek statue. Face glowing, he explains to me that yoga is quite simply all your body needs to stay supple, healthy and strong. As we chat, he beckons a few nearby beachgoers to join his yoga session which is evidently about to begin. “It’s free” he yells to no-one in particular. “Free yoga lesson, don’t be shy!” y 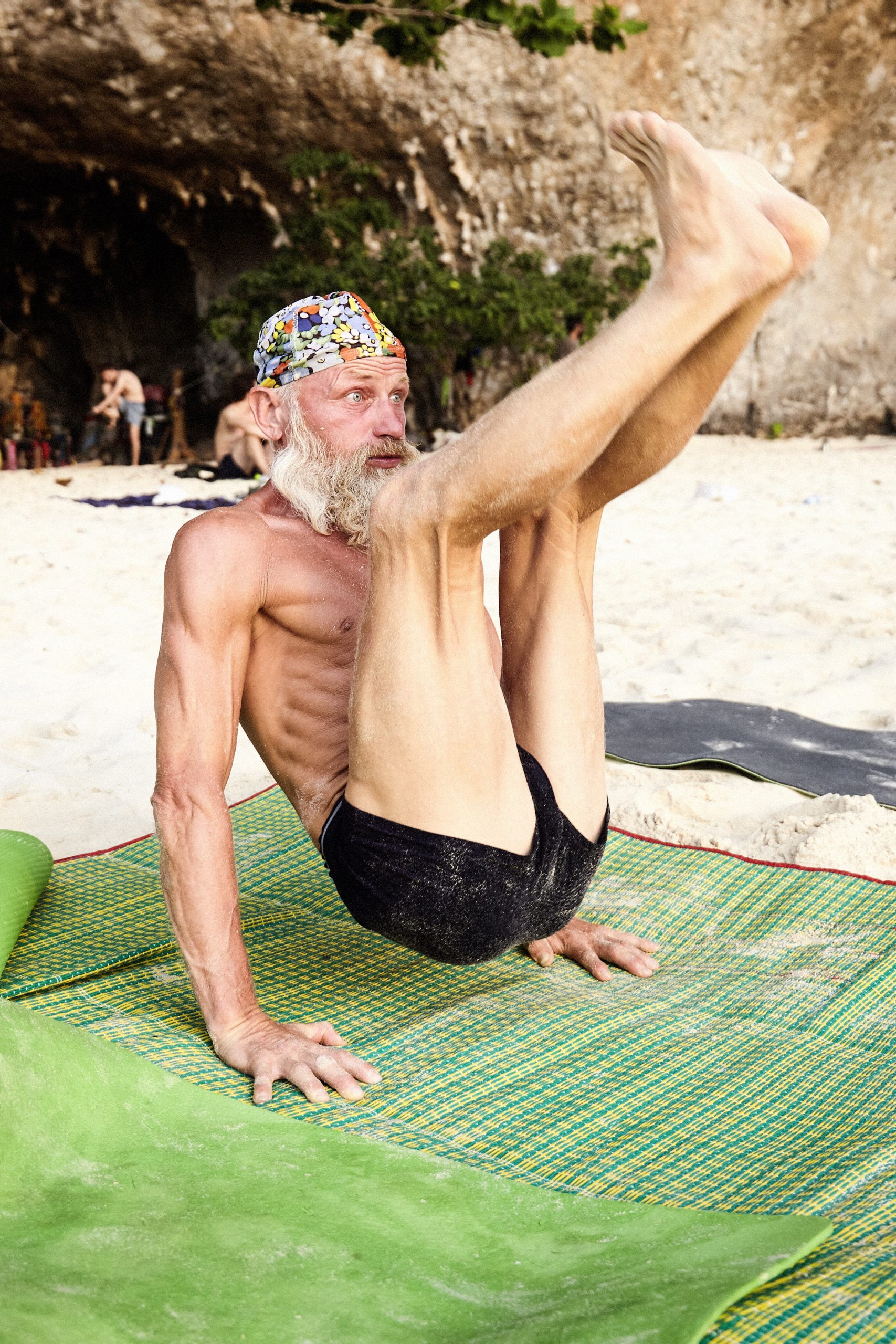 Boisterously, Andreyka jabs a powerful index finger at his bronzed ribs. He tells me that he will be 70 next year. Before my jaw can hit the floor he has lifted himself into a handstand. Still balancing, he swings his legs down so that his toes are now pointing into the sky in front of him. With an audible “oop” he reverts into a handstand again. His lesson is anything but orthodox. He merely allows the few brave participants a couple of seconds at most to imitate each pose. Immediately he launches into something even trickier. Of course I joined in. i 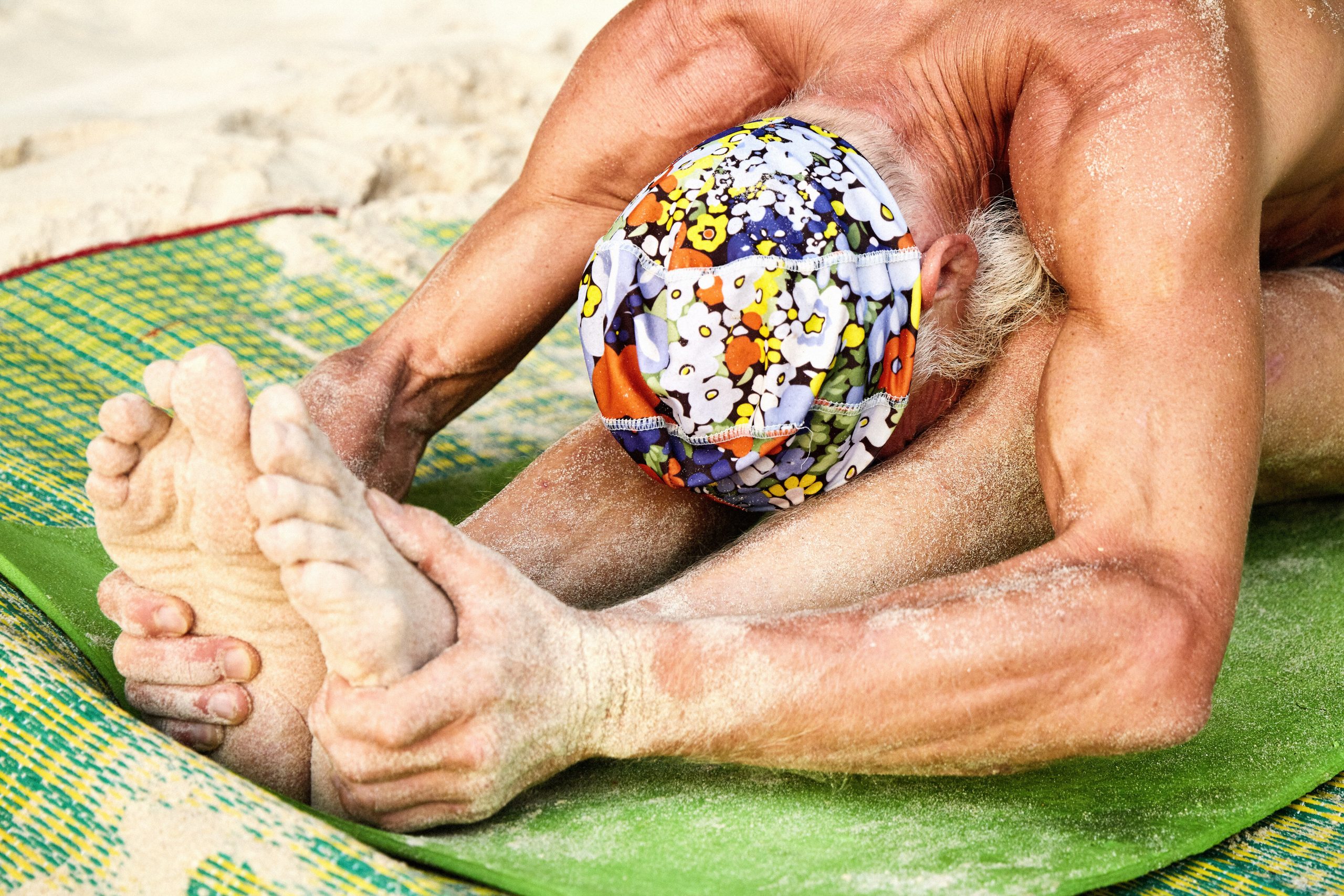 The sloping beach shifts under our mats with every movement. Every grain of sand digs into our knees and shins. But of course this discomfort is just a proxy for the real pain. As the tension in our muscles, tendons and ligaments is pushed to the limit of flexibility

Muscles like this might technically come for free, but the price paid is dedication; we are looking at the result of around forty years of yoga. I didn’t delve too much into Adreyka’s actual living situation. But if it turns out that an old homeless man has a stronger body and better mastery of his own flesh than the average 69 year old. It suggests that something about our civilisation is not quite right. t 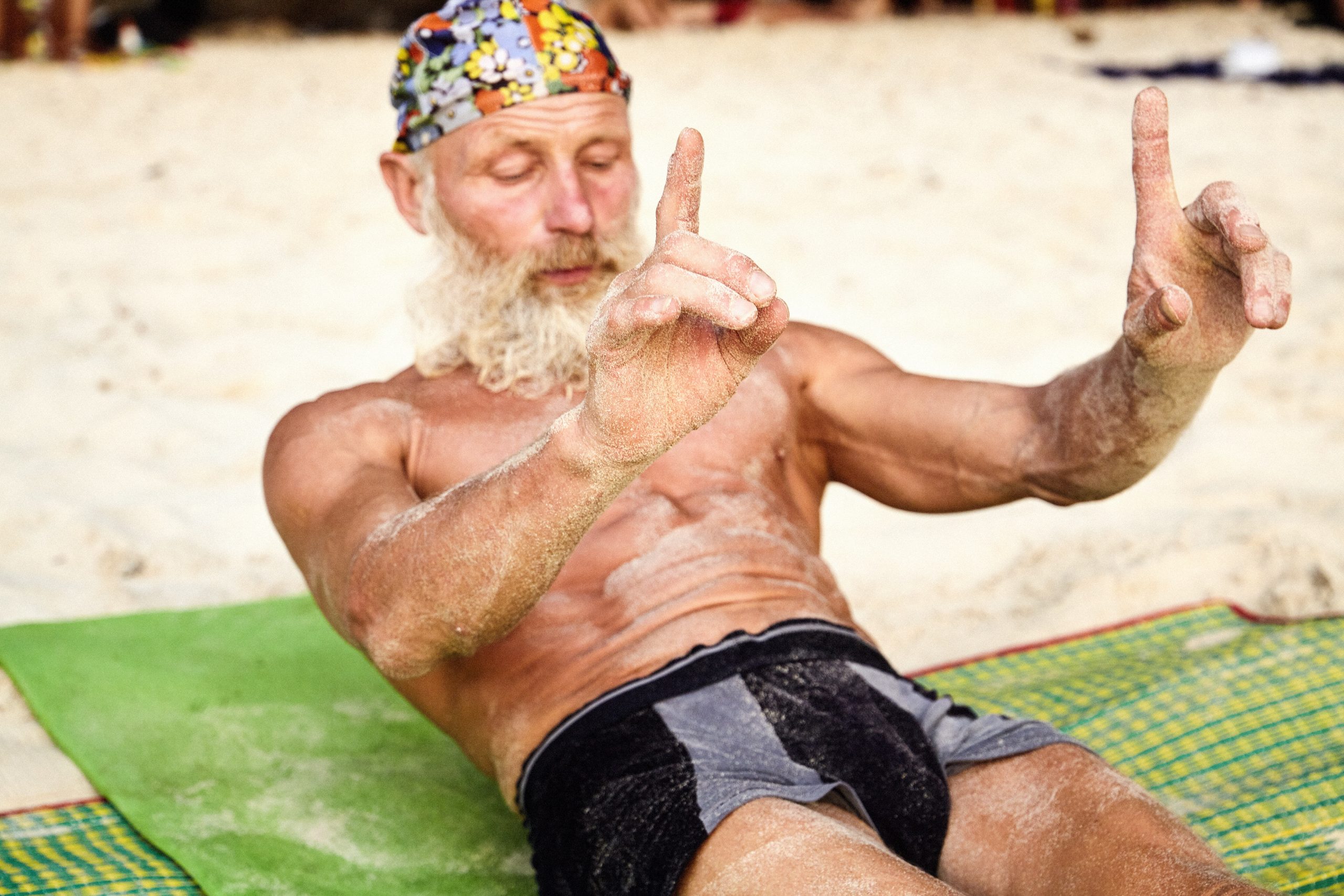 Ten minutes later and the handful of us who haven’t already thrown in the towel are exhausted. Everyone is lying down with faces covered in sweat and sand. It was then I realised that, charming as Andreyka the beach yogi may be, he is a dreadful yoga instructor. And yet it simultaneously dawned on me that teaching was never his prerogative. He had done his real job already. It was clearly visible on the defeated faces around us

Andreyka, the beach yogi is living, breathing inspiration for any one of us not already living a truly physically fulfilling lifestyle. One which simply takes advantage of the inbuilt reward system of the human body. Thus enabling a happy body to feed the mind with all it needs 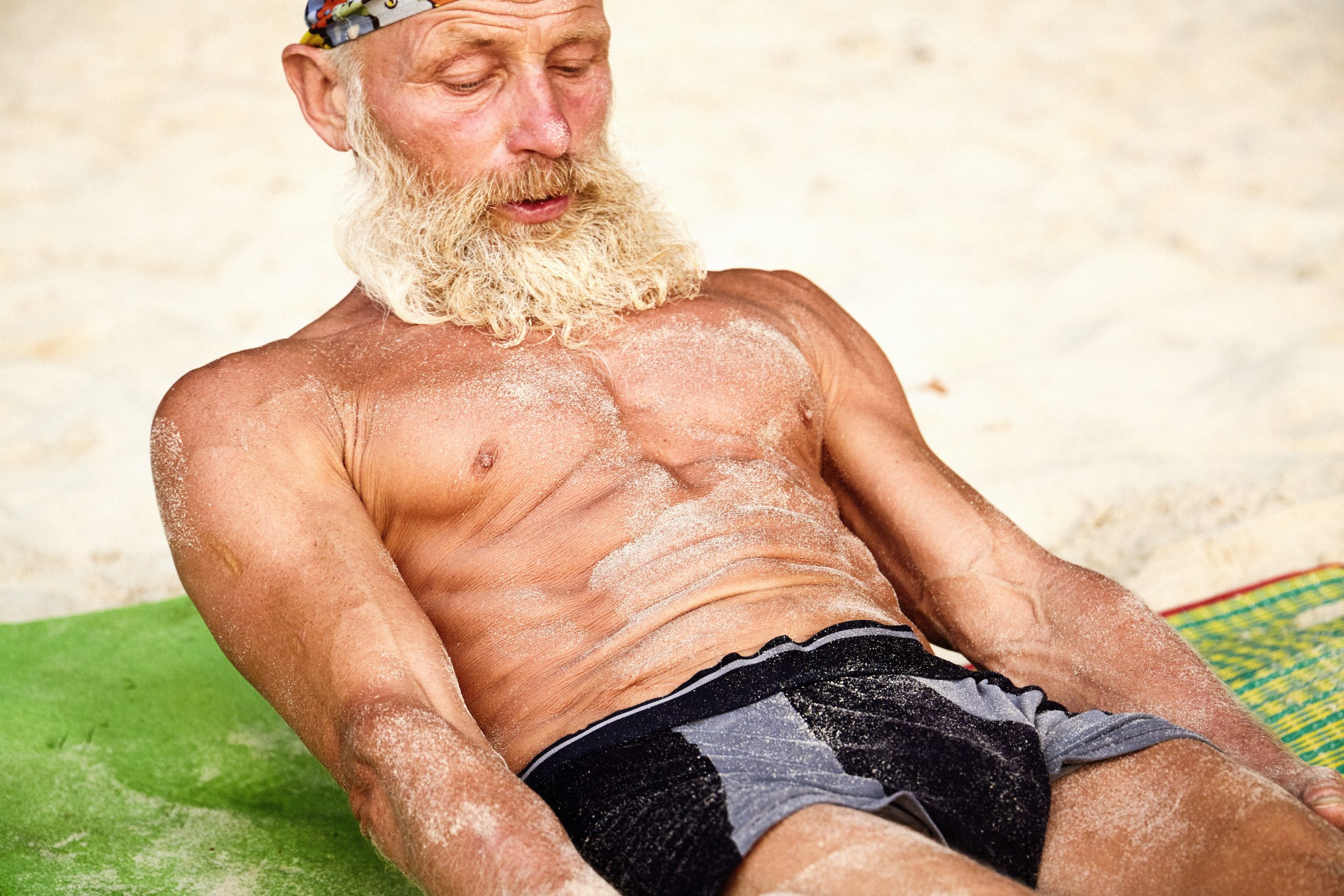