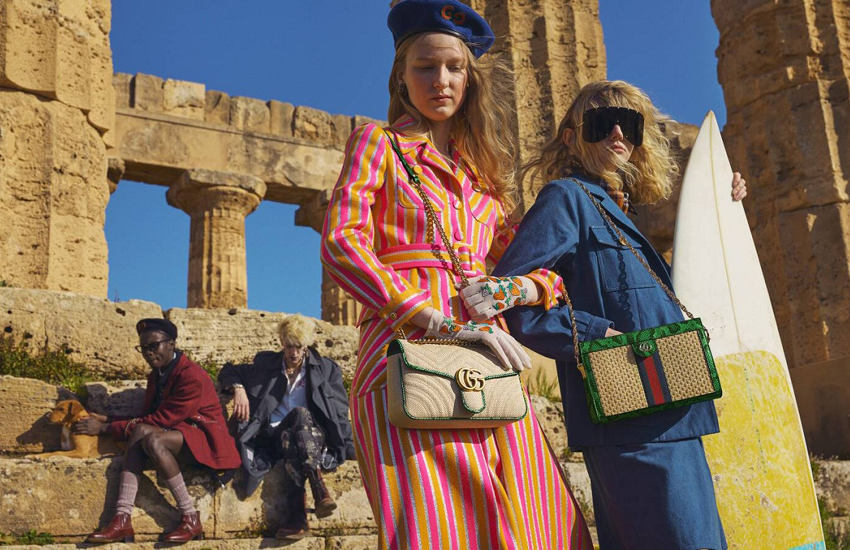 For Gucci pre-fall 2019 campaign, Alessandro Michele and the legendary photographer, Glen Luchford takes us back in time to Sicily of the 7th century BC.

Luchford shot the campaign for Gucci at the Selinunte Archaeological Park. The site is abundant in magnificent temples and ruins of historical grand buildings. It sets a perfect backdrop for the brand. The fashion house is known to build up atypical, eye-catching and elaborate stories that inspired ever collection.

The campaign is a contemporary take on the ancient Greek tradition of having a get together after a banquet – a sort of after-party, so to say. The friends and acquaintances gather after a lavish meal to have a good time. They listen and dance to the music, read poems, discuss social and political issues and forge new friendships.

The models are not just mere mannequins. They are characters drawn from the counter-cultural groups found on Venice Beach in California. You can see hard-core punks, rollerbladers, bodybuilders and surfers. The parallels are quite clear as these areas of California today enjoy the same prestige that Sicily had once. The comparison is highlighted even more by some models wearing ancient attires amongst those dressed in Gucci pieces from the brand’s latest collection.

The modern extravaganza on the ruins of an ancient grand civilisation seems also like a node to the impermanent nature of history and the ebbs and flows of life itself.

The bright colours of the clothes stand out in the beige setting of the ruins. The laid-back style of the models relaxing, having fun and making out makes it more relatable to the target audience. And so does the mix of models many of whom rock tattoos, punk hairstyles and non-conventional looks. The clothes also seem to address the needs of a wider range of tastes and styles. 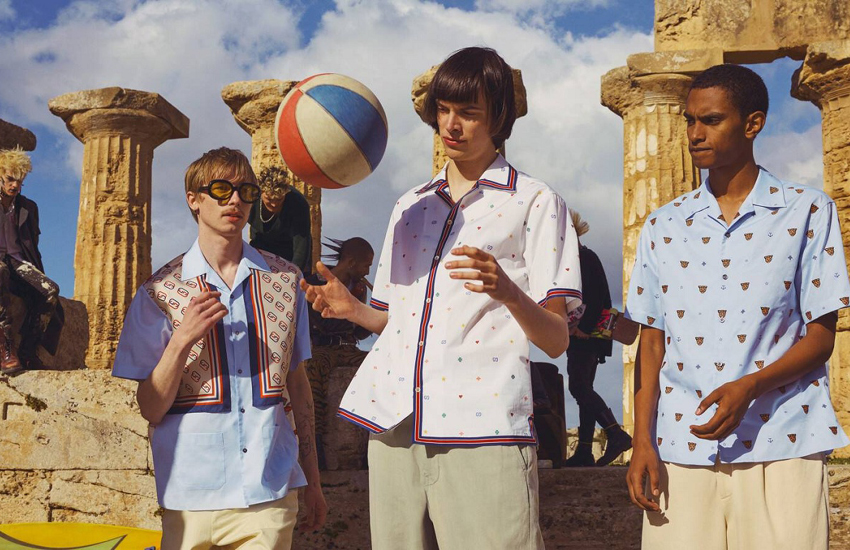 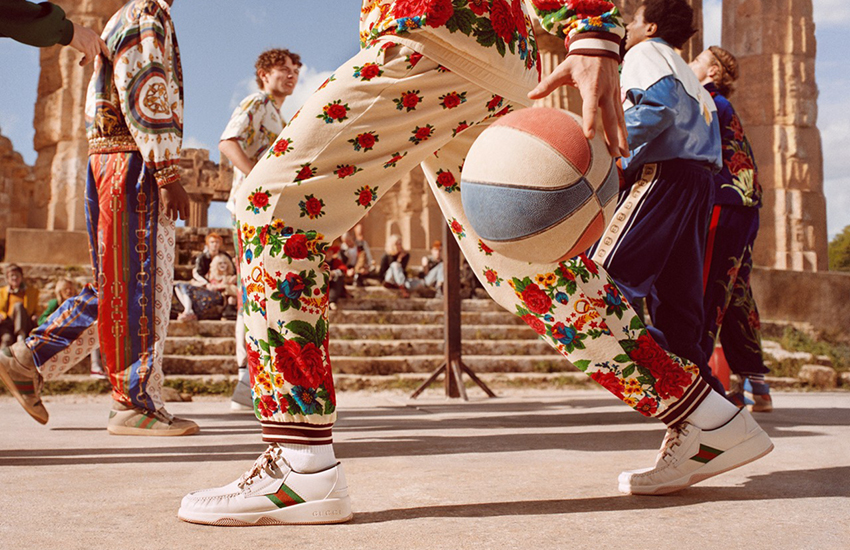 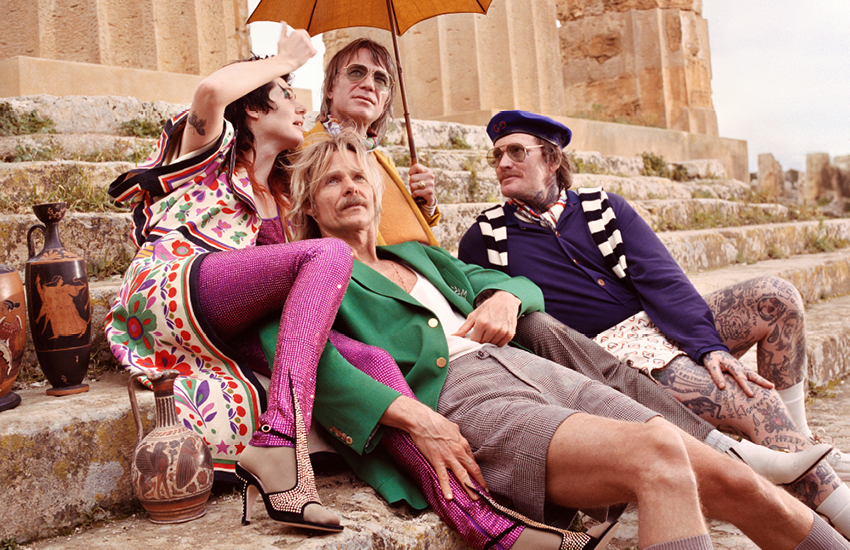 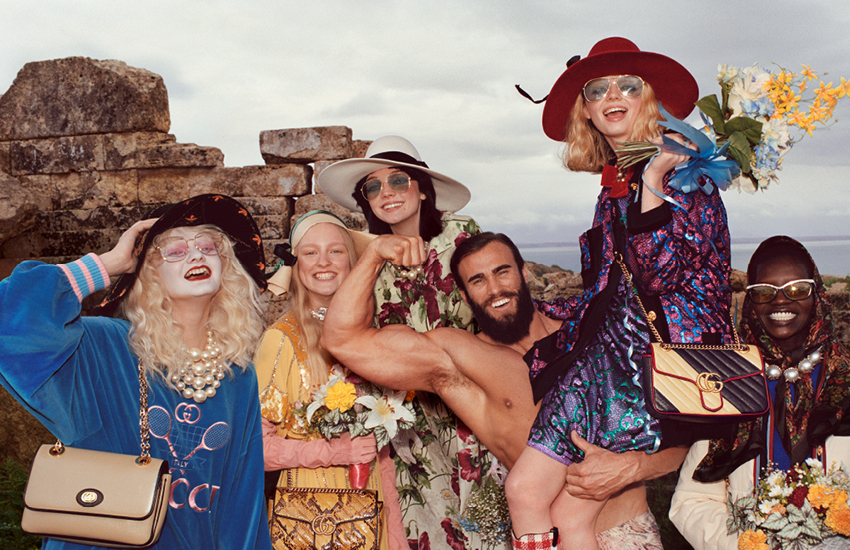 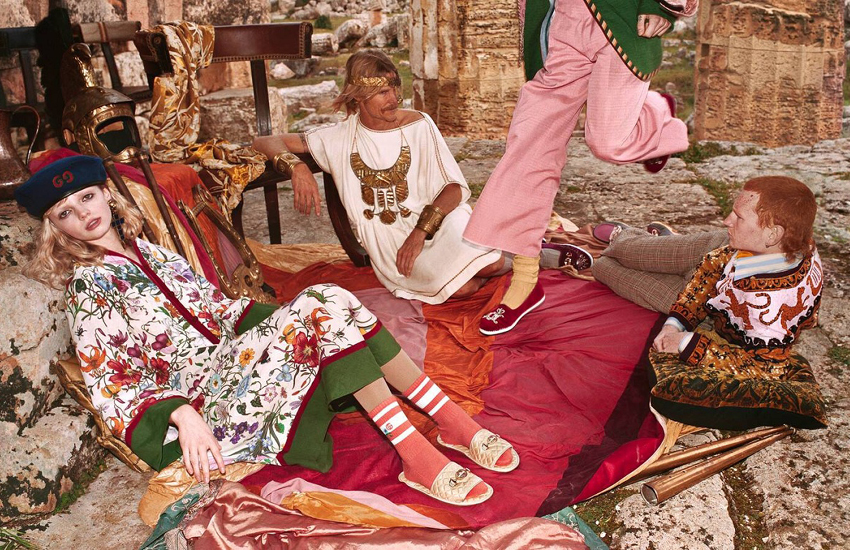 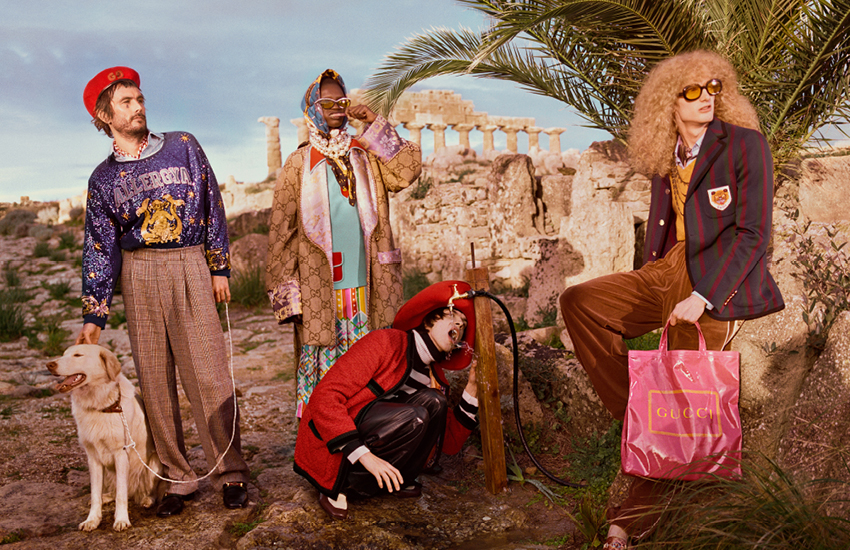 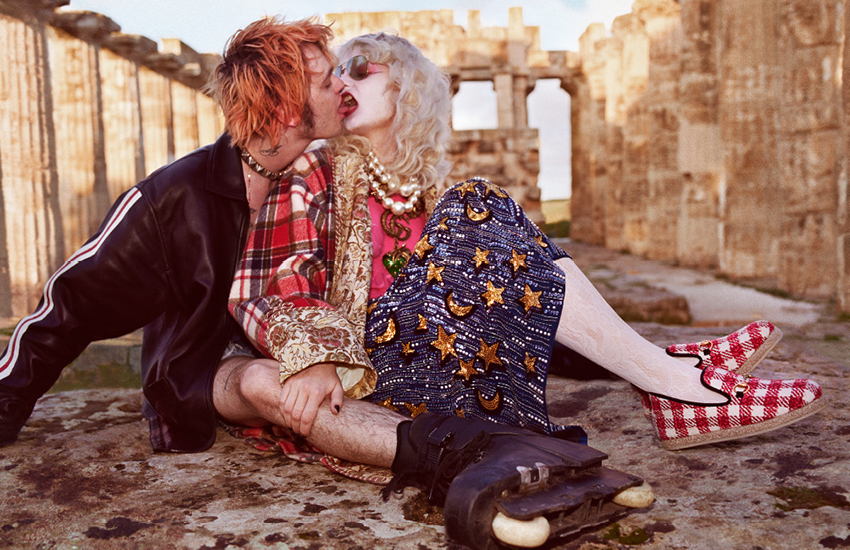 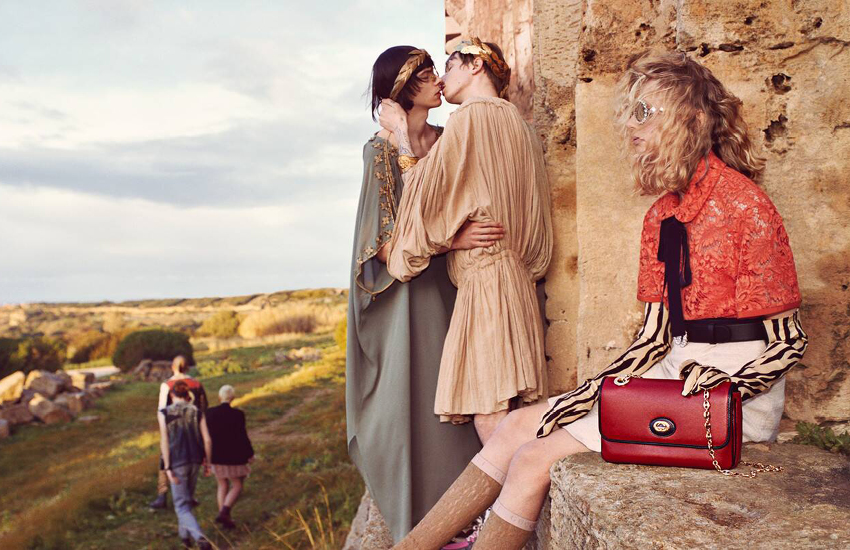 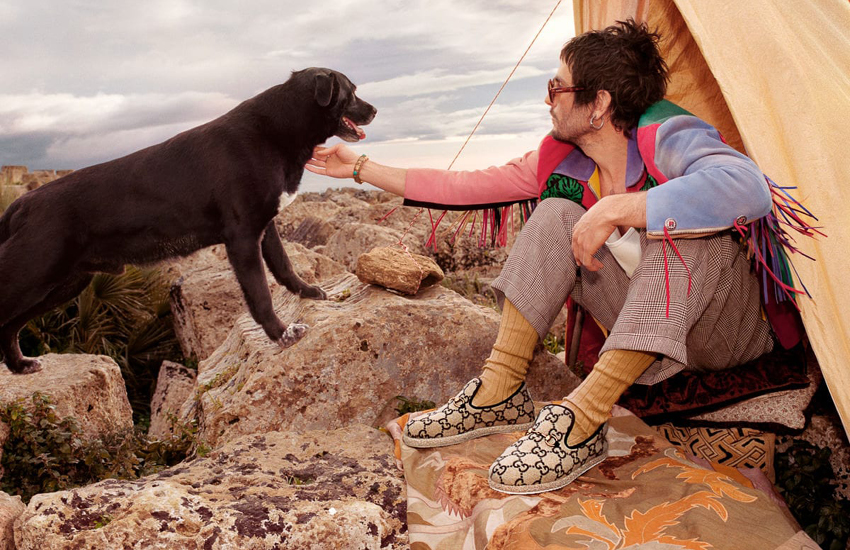 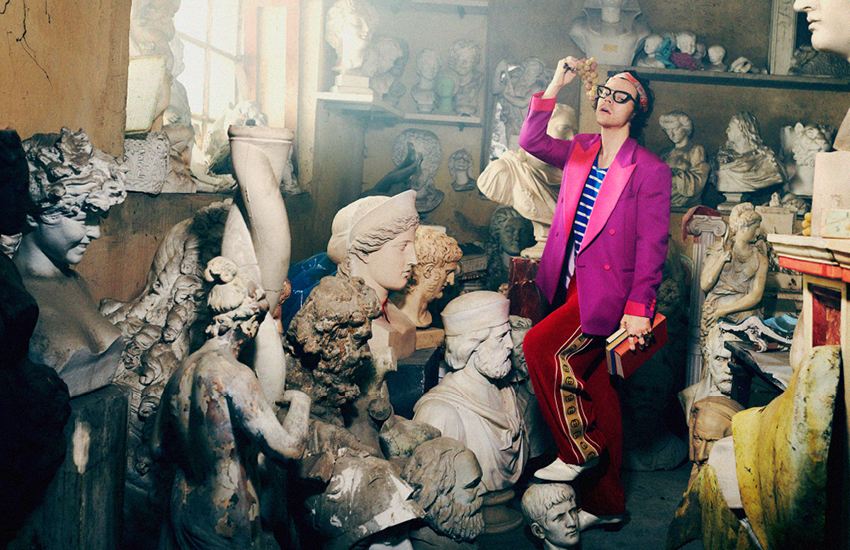 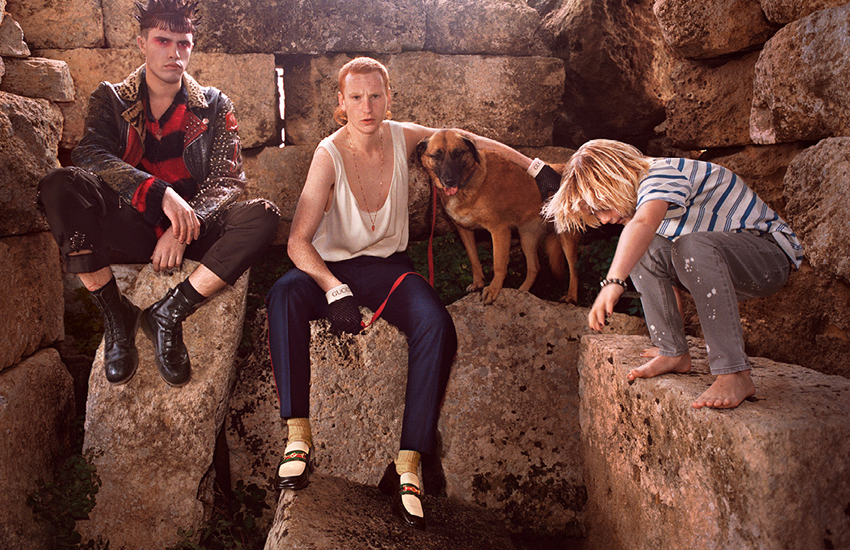 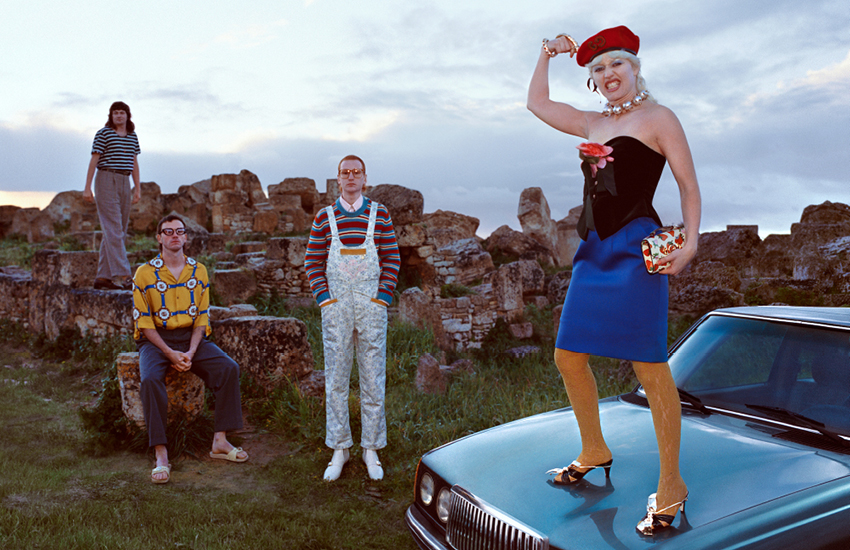 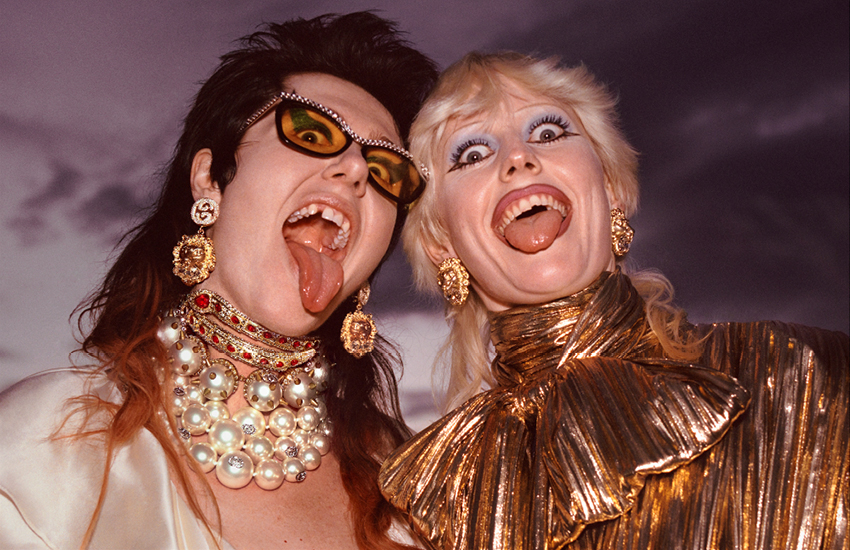 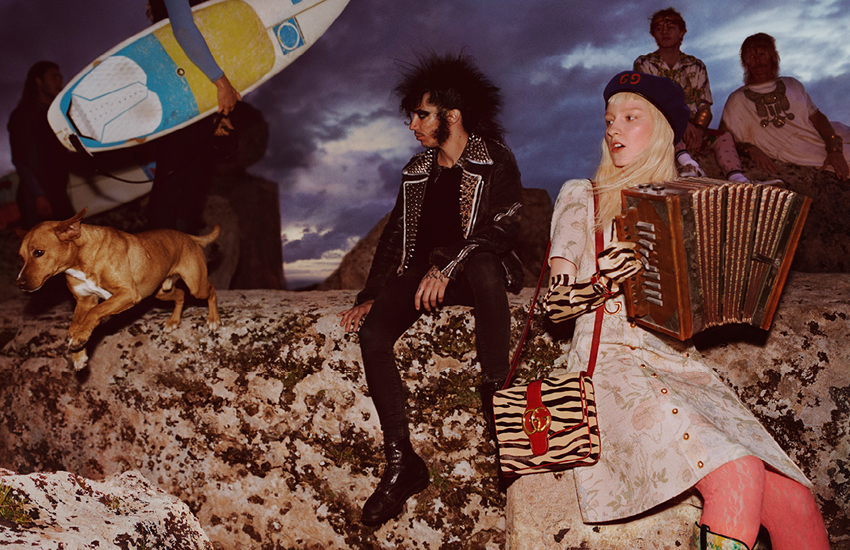 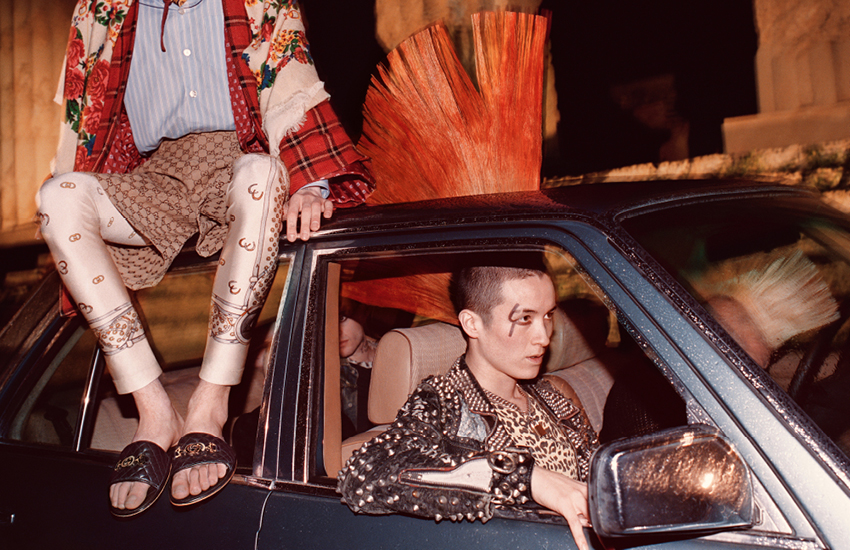